“Just because you've never tried to do it, or don't think you can do it - doesn't mean that you can't” - Andrew

“I used to work on my phone using just my left hand and now I can do it with my right!”

Andrew’s main limiting factor was high muscle tone throughout his right hand and arm, and mostly held it in a flexed position with his wrist in radial deviation. Andrew had no active supination in his right arm or abduction in his thumb. Andrew had limited wrist and finger extension due to his tone and shortening of hand and finger flexor in muscles.

Andrew had decreased control in his right shoulder and fine motor tasks of his right hand were awkward and effortful. Even though Andrew leads an independent life keeping up hobbies such as cycling and going to the gym, he had evidence of learnt non-use leading to overuse of his dominant side.

"He can now do a thumbs up, which he couldn’t do before" - B, Andrew's therapist.

Active hand and finger stretches to increase range of movement.

“Before I wasn’t doing tasks which I thought I can’t complete, but now I always try to do them before saying I can't”

“It was an absolute pleasure to seeing Andrew today again especially after the improvements he's made in the past 6 months!”

“Andrew, it's the first time I've seen your fingers open up to pick up an item not using pincer grip! ”

“Andrew now instinctively uses his right side more when doing everyday tasks at home such as opening the fridge, cooking, opening bottles or cans.”

"I might get 2-3 degrees more movement, which appears to be very little at the time but it’s actually quite significant!"

Andrew has spent the last two weeks focusing only on using his affected arm during therapy but also during his everyday activities at home. This has not only increased Andrew’s awareness of his arm and hand, but also allowed him to repeatedly practise his newly found skills and movements. 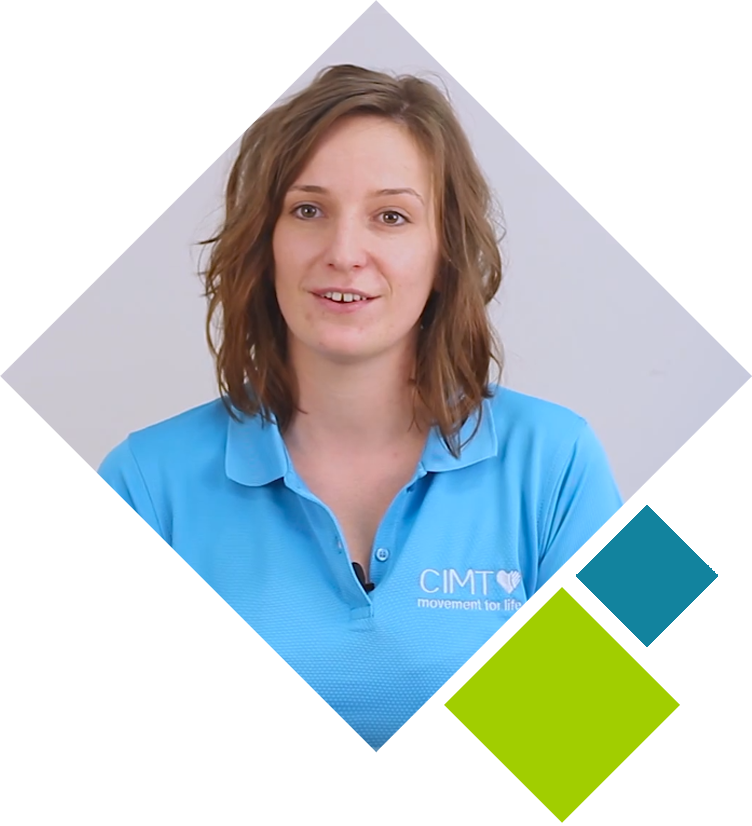 Andrew achieved active thumb abduction and extension allowing him to do a thumbs up.

Andrew achieved forearm supination and some wrist radial deviation none of which he could achieve prior to the programme.

Andrew gained control of his wrist extensors and radial deviator muscles which decreased his tone and helped him achieve a more functional resting wrist position.

'CIMT challenges your mindset more than anything.It's the way of finding new way around of doing things and giving things a go. CIMT was eye opening in a way and it was liberating but at the same time it was hard work.'

“Andrew was a pleasure to work with for the two weeks he was with us. Andrew remained extremely motivated throughout the programme despite some frustrations. Andrew put an incredible amount of effort dedicating his time to therapy in the evenings and his weekends.” - Blaithin

“His sense of humour and our conversations will be missed” - Blaithin